Israel’s tourist arrival figures attest to high levels of interest in the country’s history, society, and culture. There are also non-tourists who come for work reasons. Both groups increase state revenues and support tourism-related businesses: hotels, restaurants, Israeli airlines, and more. When Jewish tourists come to Israel, the experience strengthens their Jewish identity. When non-Jews visit Israel, the experience can bolster esteem and support for the state, which in turn promotes the dissemination of positive information about Israel and encourages others to visit.
Over the past 15 years, there has been a very consistent increase Israel’s annual tourist arrival numbers (Graph 5). For the first two years of this period, the figure was less than 2 million, rising to 2-2.5 million during the next three years; from 2010 to 2017, the annual figure was 2.8 million tourists. In 2017, the number of tourists rose to slightly over 3.5 million; in 2018 the four million mark was passed, and 2019 saw the arrival of more than four and a half million tourists. 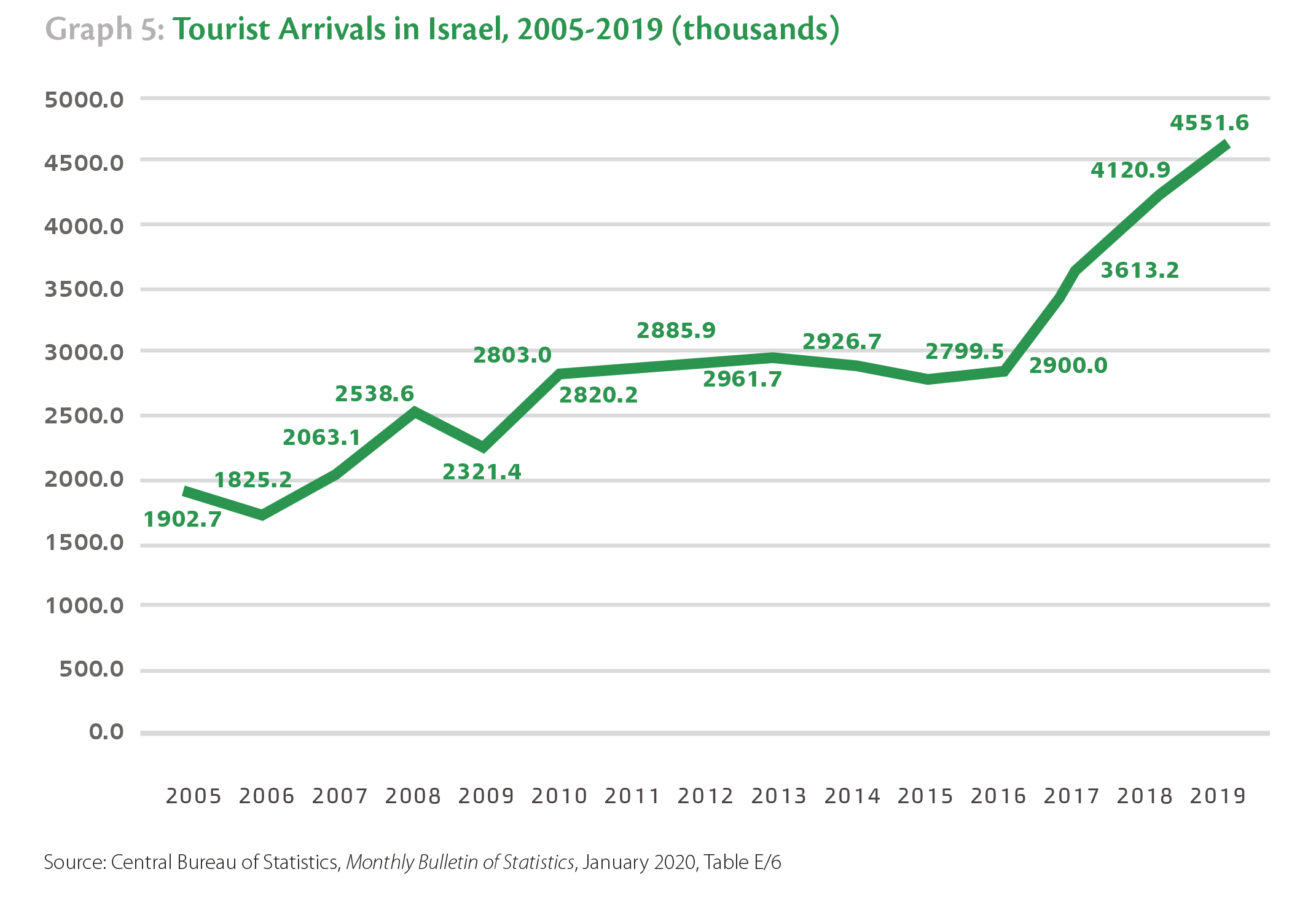 If we translate these figures, especially those of the last few years, into percentages, we find that Israel has enjoyed a more than 50 percent rise in tourist numbers since 2016. The past year alone witnessed a more than 10 percent increase.