For the past four years the pluralism survey has also included non-Jews as a group. The survey is administered by phone in Arabic and looks at issues that are both the same and different from those covered by the questionnaire for Jews. Among other things, the survey investigates aspects of identity via different cross-sections, including the question of what one’s primary identity is, from among several options: Arab, Israeli, Palestinian, or Arab Israeli. This year a very meaningful difference was detected on this question, compared with last year, mainly in the responses of Muslim Arabs (who constitute the decisive majority of non-Jews in Israel). The change consists primarily of a steep rise in the percentage of those who define their primary identity as “Israeli,” versus a substantial decline in the percentage of those who define themselves as “Arab,” and a sharp drop in the percentage of those who define themselves as “Palestinian.” In fact, in this year’s survey fewer than one in ten non-Jews in Israel said that their primary identity was “Palestinian,” while a quarter of the respondents (23%) defined themselves as “Israeli.” The percentage of respondents who self-defined as “Arab Israeli” remained virtually unchanged, such that, on the whole, nearly three out of four non-Jews in Israel defined themselves as “Israeli” or “Arab Israeli.”

The reasons behind this development are not clearly known. We need to wait for other surveys to see whether the change is a real one that will persist over the long term. It should be noted that other surveys, with unidentical questions, have already shown that the percentage of Arabs in Israel who self-identify as “Palestinian” is declining.5 If this is indeed a development with staying power, there can be no doubt that a significant change has taken place in Arab Israeli society. A consultation with two statisticians (Professor Camil Fuchs and STATNET research institute founder Yosef Miklada) raised two hypotheses regarding the nature of the change which, as noted, will be verified or refuted only once additional surveys have been conducted.

One of these hypotheses is that the change reflects one of two technical issues. It is possible that sampling disparities caused a certain discrepancy between the surveys (though the differences between the findings are significant, making it hard to assume that a sampling gap was the sole factor). Another possible technical reason for the difference would be questionnaire structure. Because the question about the degree to which respondents feel like real Israelis appeared earlier in the questionnaire, it could be that this had a priming influence on the subsequent responses about identity.

The other, more important, hypothesis is that this year’s significant change was election-related: that it resulted from the discourse surrounding the elections; the substantial Arab election-day turnouts; and the notable presence of the party representing most Arab voters (the Joint List6) in the Israeli political arena, including coalition-building efforts and other parliamentary maneuvers. To this we may add the high visibility of Arab medical personnel during the coronavirus crisis. Much has been said and written this year about the 2019-2020 election period as a turning point in terms of Arab willingness to participate in the national political sphere.7 It is likely that the JPPI survey reflects this change and the way in which it is also reshaping Arab Israeli consciousness.

Arab Israeli participation in Israel’s political system is, of course, a desirable trend. However, a number of obstacles remain that make it hard for the community’s political representation to join the Jewish-majority parties in full, or even in unstable (“outside support”) coalition structures. Israeli social researchers would obviously have a much easier time of it if all of the data from all public opinion polls pointed in the same direction, but that is not the case. Despite the sharp upturn, shown by the 2020 JPPI survey, in the share of Arabs attesting to an Israeli identity, and saying that they feel like “real Israelis” (two-thirds, if we include those who share that sentiment to a certain degree as well as those who fully embrace the attitude), one can discern stumbling blocks that hamper the minority’s complete integration in Jewish-majority society. This year, such signs are clearly visible in the non-Jewish responses to the question of whether a Jewish temple ever stood on the Temple Mount.

This is a highly fraught issue for both sides of the broader Israeli-Palestinian conflict, given the “denial by religious Muslims and many others of the historical link of Jews to the Temple Mount, the Western Wall, and the city [Jerusalem] in general, and on the Jewish side, non-recognition of the importance of Jerusalem to Muslims prior to the emergence of Zionism.”8 Without touching on archeological findings or historical evidence, it is clear that a decisive majority of Jews in Israel (and elsewhere) believe that a Jewish temple stood on the Temple Mount. This belief transcends political camps and is not influenced by views on how to resolve the conflict. In the eyes of the Jews, the Temple is a historical fact, the denial of which (and such denial has increased in recent years9) can be understood only as an attempt to undercut the historical link between the Jewish people and the Land of Israel. This is true when the denial comes from the leaders of the Palestinian Authority and is undoubtedly also true when it surfaces in Arab Israeli public opinion polling.10

Half of non-Jewish Israelis, and a substantial majority of Muslim Israelis (59%) believe that no Jewish temple ever stood on the Temple Mount. Another third say they don’t know, that is, they are not persuaded that there was a Jewish temple but they do not deny it (this figure may hint at educational potential, at least regarding those who have yet to form an opinion). Among Christian and Druze survey respondents (they were few, meaning that the possibility of a sampling problem exists), half say they don’t know, while a quarter explicitly deny that there was ever a Jewish temple on the Temple Mount. 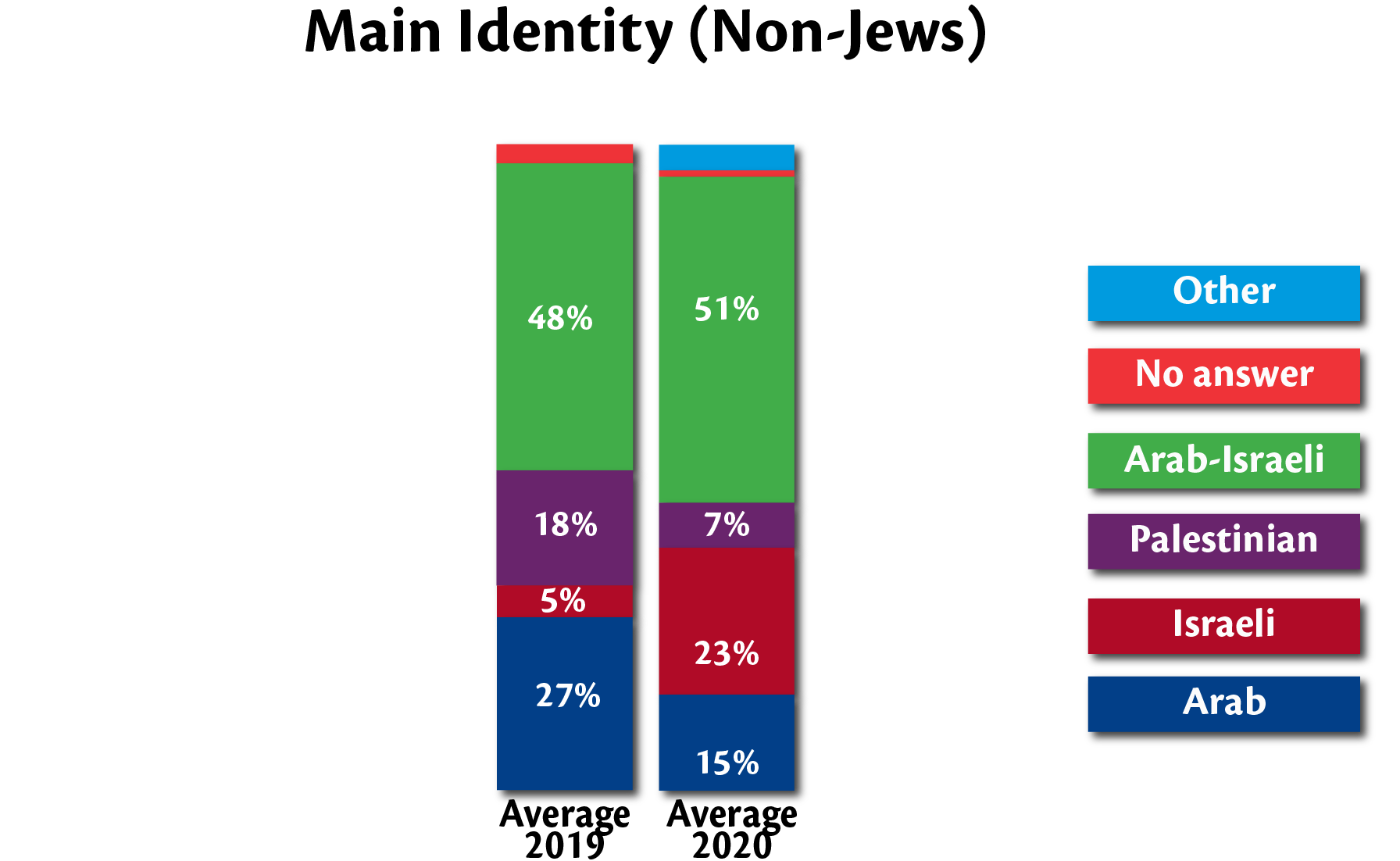