Israel’s readiness in dealing with a health crisis (or any other) is of critical importance, since it is the largest Jewish community and is under a central and elected government. In other words, if Israel does not maintain a policy that protects its citizens against pandemics, the damage to the Jewish people could be quick and dramatic. It is clear that, in this context, the coronavirus crisis sharpens the Jewish people’s perpetual dilemma relating to the question of being gathered in one place, with all its benefits (shared national and cultural life in a space protected from harassment), as opposed to being scattered in different communities, whose advantages include an aspect of risk diffusion). One way or another, as the very core of the Jewish people, the State of Israel’s decision makers must pay heed to a number of issues that directly affect the state’s actions in the wider Jewish context during the coronavirus pandemic.

For several reasons, the health crisis is an opportunity for Israel to encourage Aliyah. First, it is traversing the crisis relatively well, relying on a strong universal healthcare system. Second, it allows for the continuity of Jewish life, even when gathering in traditional Jewish institutions (synagogues) is not possible or more complicated, and it safeguards a strong Jewish identity. Third, it provides Jews with a space that is relatively protected from harassment by radical elements exploiting the crisis atmosphere for incitement and fostering hate. Fourth, economic crises have historically been a major engine of migration. Although Israel has its own economic crisis, someone who has lost his or her financial base elsewhere may consider migrating to Israel (if only because, without the economic consideration, the other factors mentioned above come into play).

At the same time, the opportunity to increase Aliyah involves quite a few dilemmas. Israel is itself in a complex economic situation, which the extra costs of immigrant absorption would not help. Such an additional burden would not only have economic implications, but also psycho-social ones that could increase tensions between veteran Israelis and new immigrants due to competition over resource allocations. By the way, this tension existed in the past during large-scale waves of Aliyah. But, in the end, Aliyah to Israel has contributed both to Israeli society and to its economy.

Aliyah under pandemic conditions also presents and complicates public health challenges. The desire to bring new olim must be tempered by measures to avoid importing more COVID-19. In such conditions, arguments over the immigrants’ identity (their places of origin and their degree of Jewishness, etc.) are likely to intensify. According to JPPI data, a third of the Israeli Jews already support narrowing the scope of the Law of Return. This perspective is likely to increase in conditions of large-scale Aliyah at a time when absorbing immigrants (a significant proportion of whom are eligible under the Law of Return but are not Jewish) poses a greater challenge than usual.

Israelis living abroad constitute another group that should be considered in light of the crisis. The COVID-19 pandemic has highlighted Israel’s effective management of the crisis compared to other countries with large concentrations of Israelis, such as the United States and the United Kingdom. This creates an opportunity to bring Israelis back to Israel. We must work to ensure re-acclimation tracks for these returnees and provide special encouragement to those whose contribution to economic growth is high.

The COVID-19 pandemic threw some Diaspora Jewish communities into crisis or brought them to the brink of one. This occurred for several principal reasons. First, high infection rates and widespread fatalities; second, damage to community institutions and resources, which makes it difficult to continue providing services to community members; and third, diminished security of Jews resulting from heightened social tensions. These three crisis factors demand that Israel determine whether and how it is able to aid communities to improve their situation and, of course, the extent to which it is obliged to do so.

There are not many options for how aid could be extended.

Allowing and even encouraging Aliyah is one type of aid, which to some extent offers a solution to the third problem (harassment of Jews), but does not offer a solution to the first (health) or the second (economic). In effect, the most reasonable scenario is that encouraging Aliyah would actually cause even more economic harm to the communities, which would lose families and resources, especially if Israel prioritizes the immigration of young professionals.

Medical aid is a complicated matter for Israel, certainly when dealing with countries that have well-developed healthcare systems, and at a time when Israel itself is stretched to the limit ensuring that its own population’s needs are met. At the same time, Israel should consider the possibility of providing such aid for two reasons and in two ways. First, symbolic aid that expresses Israel’s aspiration of mutual responsibility. Second, limited emergency aid to Jewish communities in countries where healthcare systems are straining to handle the load. Such aid could take the form of advisers (physicians, social workers) or equipment (medicines, masks, etc.).

Economic aid to communities whose resources are exhausted is also not a simple matter. Israel, too, must deal with tough dilemmas in the area of resource allocation, although limited amounts of financial assistance could be provided to communities that have been especially hard hit. Polling on this subject has shown that around half of Israeli Jews support aiding Diaspora communities (48 percent), although it has also found that only about a third of Israelis would donate from their own pockets to such an initiative.5It would be preferable that an economic initiative be managed as a partnership between Israel and strong Diaspora communities to aid weaker, more needy ones. If Israel wishes to take such a step, it is appropriate that it assess whether there are people within the community itself who could raise assistance funds, as well as whether its institutions are sufficiently well run to justify outside economic aid. Israel and the organized Diaspora community do not need to strive to save every Jewish institution in financial straits, but rather to ensure that resources are provided to institutions and organizations for which there is good reason to be saved and whose activities serve a clear and essential purpose. Economic crisis creates an opportunity to condition necessary financial aid on reforms whose time has come. 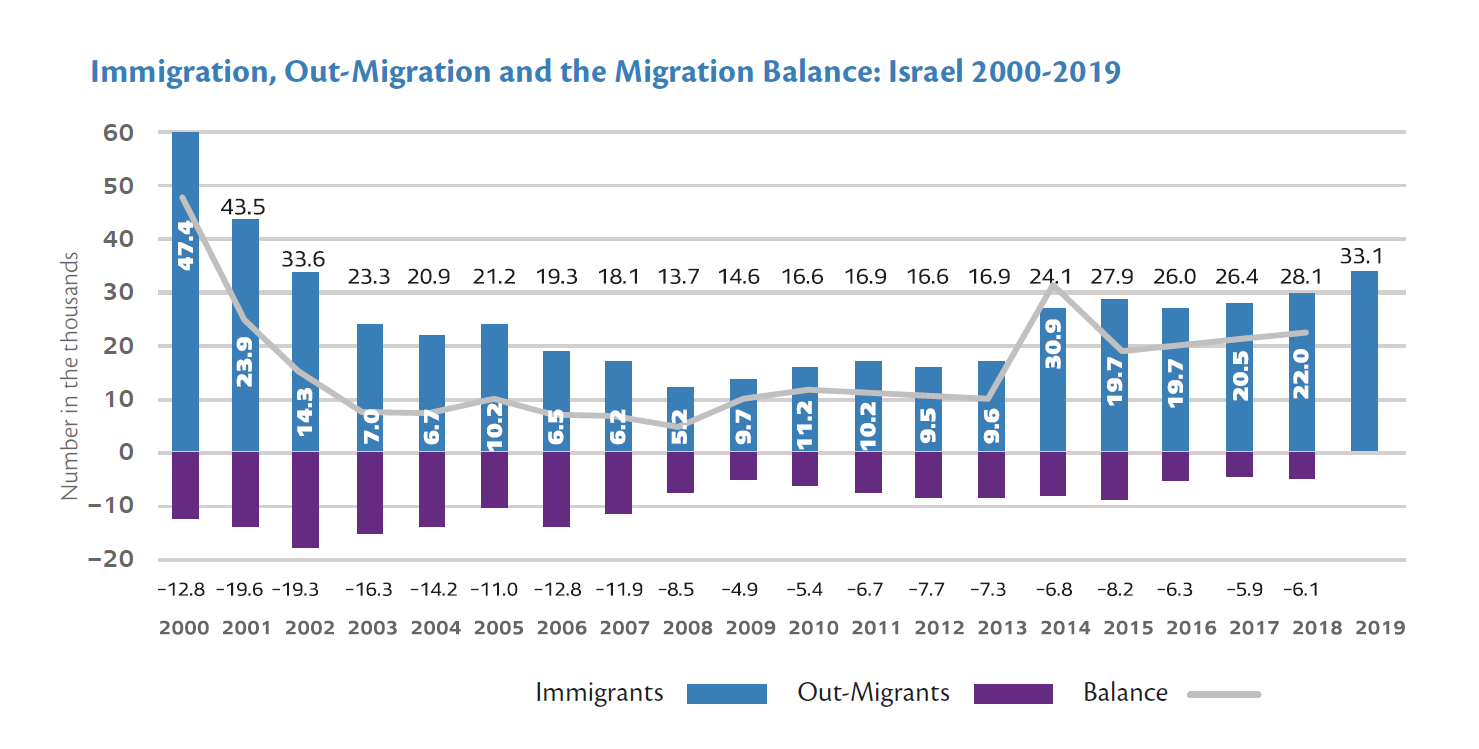