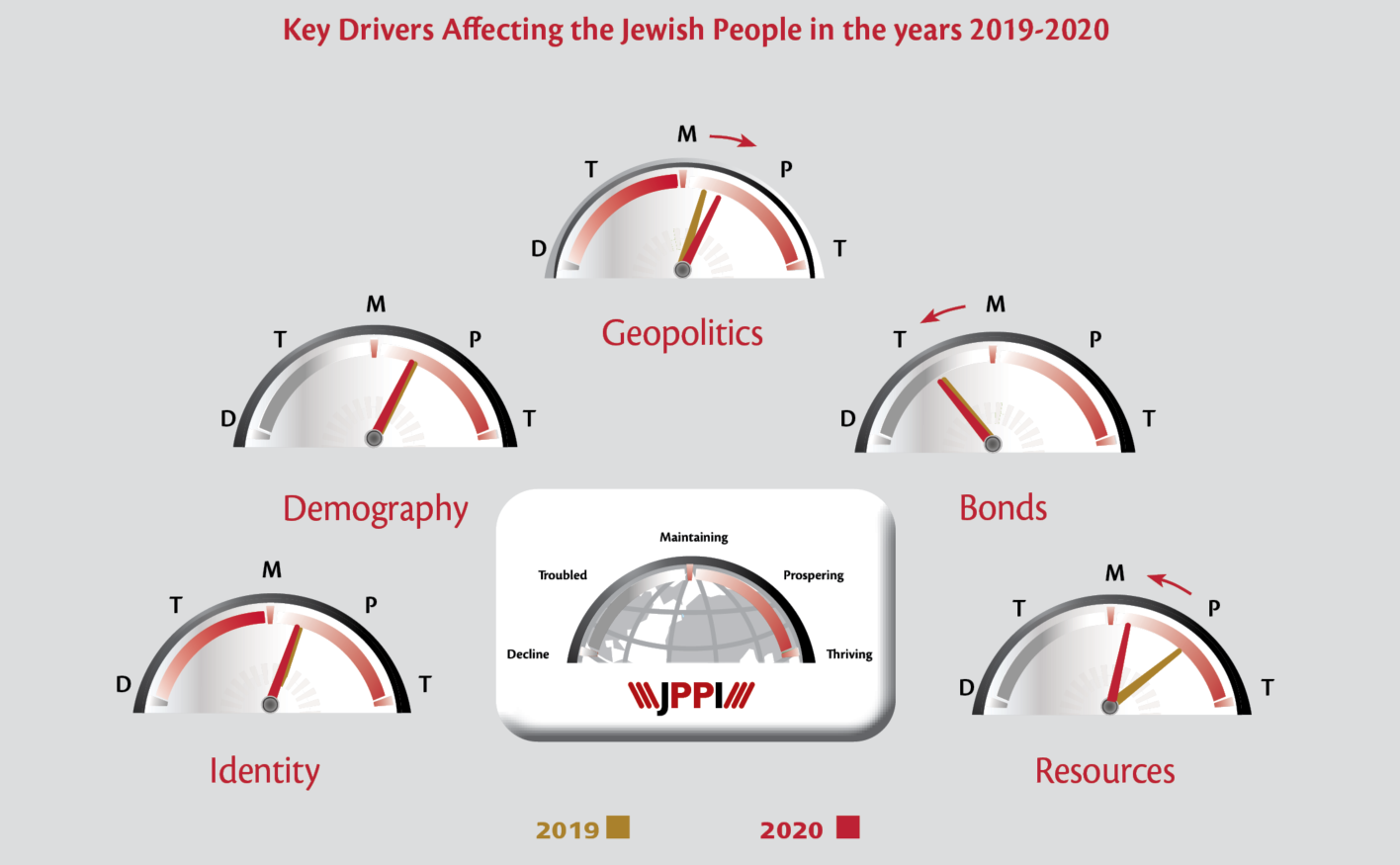 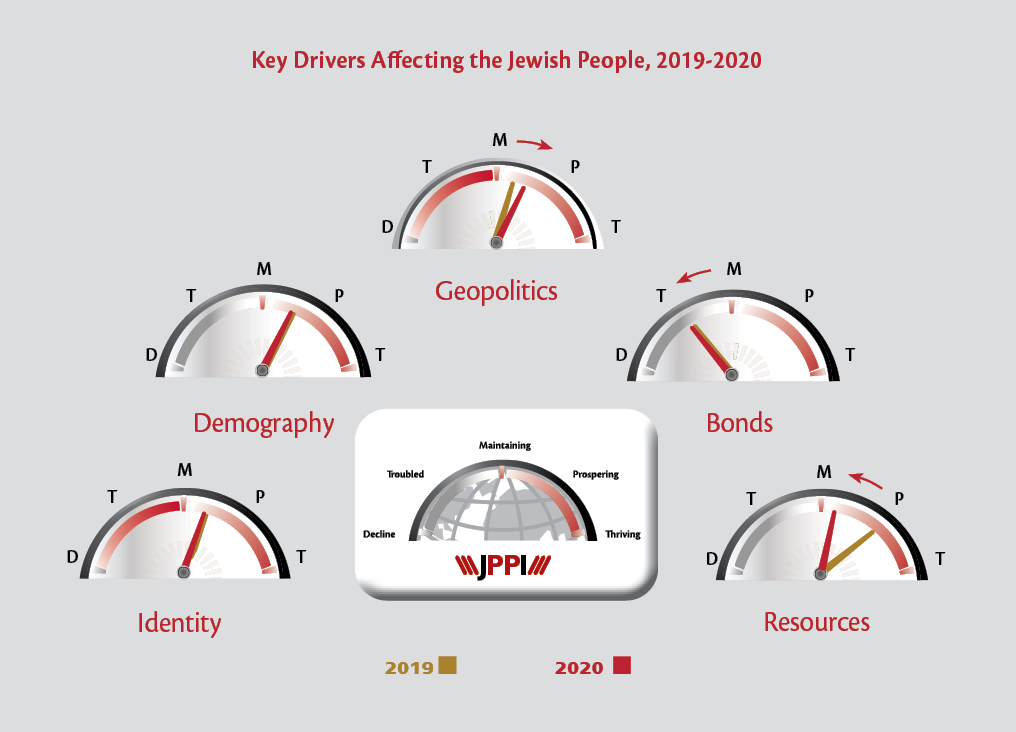 As we publish this year’s Annual Assessment, the entire global system, including the Jewish people in Israel and the Diaspora, is in a period of great uncertainty, replete with many risks but also opportunities to implement reforms and changes.

The health, economic, and governance crises affecting the entire world as a result of COVID-19 has dominated the year and is significantly impacting the Jewish people in many areas. These include through economic disruption, which affects how resources are divided among the Jewish people; the changing face of Jewish communal programming in the Diaspora and in Israel, as everything shifts from the physical to the digital sphere; a significant increase in anti-Semitic acts and sentiment, as the perpetrators take advantage of the current social distress caused by the pandemic to attack the Jewish people and spread messages of hate against it; and the difficulty within many Jewish communities around the world (including Israel), especially Haredi communities, to adjust to the social distancing required in this time of crisis, which has resulted in their higher infection rates relative to other segments of society.

The impact of the crisis on the geopolitical arena is evident in the shift of attention to new and urgent areas. The COVID-19 pandemic could also impact the domestic political arena in many countries as well as the global balance of power.

Those who handle the crisis well and recover quickly will come out strengthened, while others could weaken due to their inadequate response to the crisis and its consequences. At the time of this writing, it seems that both Israel and the United States, – home to the two largest Jewish communities in the world – have had difficulty managing the crisis. That said, the implications for the economic future are uncertain. When examining the long-term global implications of the crisis, we must consider the possibility that it could reinforce nationalistic and isolationist trends at the expense of globalization and international cooperation.

Alongside the crisis, it is worth recalling that Israel has undergone a year of political upheaval, which included three election cycles and culminated in the establishment of a unity government. As this upheaval came to an end, the American Jewish community entered a period of political tumult as the upcoming US presidential election approaches (November 3, 2020). This comes against the backdrop of growing social and ideological polarization, which affects all other spheres. These developments, alongside the changes brought by the pandemic, will determine the direction and intensity of the trends that impact the Jewish people in the coming months, whether in the internal Jewish arena (including Israel-Diaspora relations) or in the Jewish people’s relationship with the rest of the world.