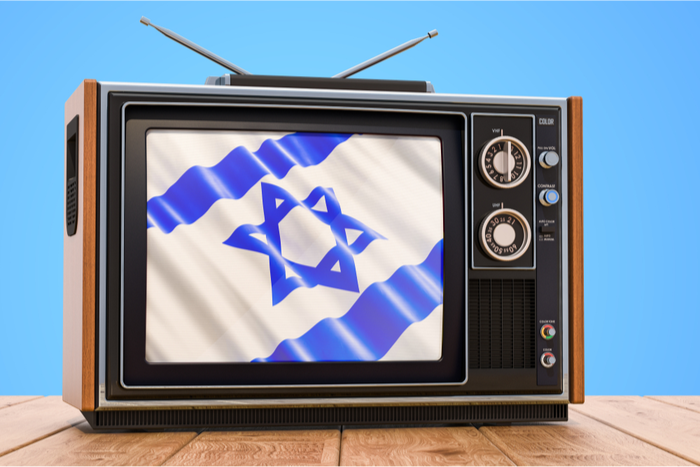 The past year was the year of television. The lockdowns, social isolation and extra free time strengthened a medium that has in any case flourished in recent years. And in the era of television, the year of television, it was also a shining time for Israel’s (relatively) new public TV channel Kan 11. In last month’s Israeli Academy of Film and Television’s TV awards ceremony, Kan 11 scooped up 33 prizes leaving the other broadcast channels far behind.

Against a backdrop of debate over the justification for the corporation and the channel – In this digital age is there a place for the old-fashioned concept of a public channel? Is it justified to force the public to fund a TV channel? – the many awards helped Kan prove the power of a public channel that provides unique, high-quality content, and sets a high bar for the ever-improving Israeli television industry.

As someone who deals with Jewish cultural content and follows the connections between Jews here in Israel and Jews in the Diaspora, particularly in the United States, I watched with particular interest the first two episodes of “The New Jew.” This four-part series is presented by Israeli comedian Guri Alfi. Alfi examines the question of who American Jews are, and what is special about their Jewish identity from an Israeli perspective of someone who sees his Judaism as something natural that he takes for granted because he is an Israeli.

Alfi’s series is a welcome product in the spirit of the values of public broadcasting. It gives the Israeli public a sense of contemporary American Jewry, but It provides little more than a cursory glimpse. It’s a bit like a trip in a tour bus when you want to take in the main sites but don’t have enough time before your return flight to Israel. On the other hand, against a background of knowledge gaps and widespread unfamiliarity, it has its place. It gives Israelis a general introductory picture and it is important to do so.

In this context it is of course important to note that the “new Jew” is not so new. The different expressions of Jewishness and diversity of American Jews is not a new phenomenon. But Israelis on the whole don’t bother to take an interest in American Jewry, and therefore this is new information for them.

For someone who deals with the connection between Israeli and American Jews and with policy connected to the Jewish people, the series drives home the point that apart from the initial knowledge the series offers, it would be worth adding deeper content about individuals and communities – the distance and the connection. Television, particularly the public channel, is certainly an appropriate place to continue examining Jewish American identity today in greater depth. Perhaps a serious documentary, as opposed to Alfi’s comic take, could examine a number of Jewish figures from Israel and the Diaspora in depth, and through them look at the range of different Jewish types and the religious, cultural, and national significance of each Jewish identity. It seems to me that if the content were to reflect not only external differences and variety, but also delve into the roots and present the broader circumstances that have led to the development of different Jewish models, as well as the essence that American Jews attribute to their Jewish identity, a new and different door might open for possible dialogue between the communities. Instead of theoretical arguments or partial images that perpetuate the differences (a woman Reform rabbi, a woman mohel wearing a kippa, an African American Jew etc.), the series would reflect the everyday lives of American Jews with emphasis on their Jewish aspects.

In fact, these thoughts echo another new series that was launched this week on Kan 11, David Deri Barkai’s Families Project 2021” series. The talented filmmaker is best known for his 2017 film (which was later turned into a documentary series) “The Ancestral Sin.” In this new series he followed ten different Israeli families from the complex mosaic of Israeli society over the past year. The detailed portraits include intimate and social moments, inside and outside the family, all within the shared Israeli context.

It would be interesting to see an American version of the Israeli Families Project. The mosaic would of course be different and could include a range of Jewish American families – Reform, Orthodox, mixed and assimilated. The episodes would go beyond short interviews and brief stops on a journey that emphasizes comic relief, to more fully follow the lifestyle and everyday routine of each family in order to highlight their unique Jewish identity.

It seems to me that as with the Israeli Families Project, here too, a deeper investigation would not only clarify differences but would also point out similarities and, in any case, would help in understanding the context and the circumstances of each special Jewish identity. The greater depth would help viewers understand the nature of the differences and perhaps, hopefully, reduce the alienation, ignorance and especially the condescension toward the other Judaism. The intention is not to adopt the alternative Jewish identities, but to understand the circumstances in which these identities were formed and their everyday significance. This could help foster constructive dialogue, which does not seek to change the other side or dismiss it, but rather to exist alongside it. Just like the different Israeli tribes the Israeli Families project portrays. And unlike the Israeli challenge, where we have to find a way to live together  despite our differences, what is necessary in relation to American Jews is to open a dialogue that will prevent or mitigate rifts among one people that lives apart. An opposite challenge, but no less important.

It is possible and worthwhile to watch “The New Jew” and enjoy a first, essentially comic and lighthearted look at Jewish identity or identities across the ocean. But remember that this is  only a  cursory glimpse. It would be worthwhile to add a layer of deeper observation, and I hope Kan will take up the challenge and create a new documentary series, one that will examine in depth the new-old discourse of identities. Who knows, maybe afterward there will also be a drama series that will add an imaginary touch to this Jewish story.