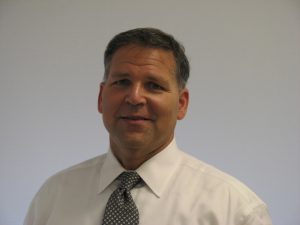 Gerrald (Jerry) Silverman is president and CEO of The Jewish Federations of North America. He is a highly experienced leader in the North American Jewish community and longtime corporate executive, with over 25 years of experience.
Before joining The Jewish Federations, Jerry served as president of the Foundation for Jewish Camp, the only non-profit national organization dedicated to raising awareness and support of non-profit Jewish resident camps. Since starting there in 2004 the FJC team oversaw a major expansion of the organization that helped bring a new focus on Jewish camping as a path to enhance Jewish identity. The FJC was extremely successful in building the quality, availability and demand for Jewish summer camps, creating partnerships with key philanthropists and Jewish Federations, increasing incentive dollars for campers, and providing leadership development opportunities for camp directors. Jerry, along with his board and staff, put Jewish camps on the communal map and helped turn the Foundation for Jewish Camp into more visible and successful organization.

For a decade before that, Jerry held a range of executive positions at the Stride Rite Corp. of Boston, including president of its international division; president, Stride Rite Children’s Group, and president, Keds Corp. Between 1979 and 1994 Jerry held several senior executive positions at Levi Strauss & Co. in San Francisco, starting as a production manager in women’s wear, moving into financial planning, working as an account executive and sales representative, then as a regional district national account manager and national sales manager of Levi Dockers.

Over the years, Jerry has been on the boards of a range of Jewish organizations, as well.
Jerry is married to Erica Silverman and is the father of five children ranging in age from 16-25. Two children attend Gann Academy – The New Jewish High School; one is studying at the University of Maryland; one is a recent graduate of the University of Maryland, now living in New York City, and Jerry’s eldest, also living in New York City, is a graduate of the joint program at the Jewish Theological Seminary (List College) and Columbia University.