Iran as a Challenge to the Jerusalem-Washington-American Jewry Triangle 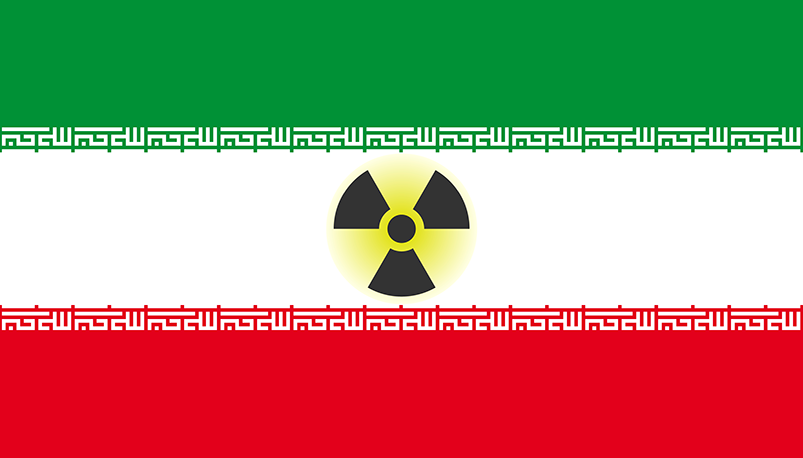 In his address to the Knesset marking the end of his term as prime minister, Benjamin Netanyahu depicted a gaping chasm between Israel and the Biden administration on the Iranian nuclear issue, noting that he had told senior administration officials: “If I have to choose between friction between us [Israel and the US] and eliminating the existential threat, eliminating the threat wins.” Earlier, Danny Danon, former Israeli Ambassador to the UN, had declared that the time was coming when the American Jewish leadership would have to choose between supporting the Biden administration’s return to the Iran nuclear deal and supporting Israel’s opposing position. Danon expressed his expectation that, in this disagreement, the US Jewish leadership would side with Israel.

These pronouncements take us back six years, to 2015, when the Obama administration joined with other major international powers to sign the nuclear deal with Iran (the JCPOA). The Israeli government then launched an international campaign against the agreement. Prime Minister Netanyahu took things to the limit with a speech denouncing the deal before the US Congress. The American Jewish leadership, along with Israel’s friends in the Democratic Party, found themselves torn between their identification with major elements of Israel’s criticism, and their American identity and loyalty to the president and the Democratic Party. I well remember conversations with some of these people, in which they conveyed a sense of distress. Ultimately, many of them found a way to communicate their criticism of the Iran agreement without “burning their bridges” with the Obama administration or the party.

Whether the prime minister was right to go “head-to-head” with the US president on his home turf, the stronghold of American democracy, is still a matter of debate. Those who support Netanyahu’s move maintain that, on an issue as critical to Israel’s future, there was no choice but to trumpet the Israeli position precisely in this manner, and that by daring to challenge the US president on his home turf, Israel actually proved its reliability to the Iran-fearing Arab states, thereby drawing them closer, some to the point of normalized relations. The critics argue that Netanyahu presented Israel’s friends in the US and the American-Jewish leadership with an impossible dilemma. In doing so, he ultimately compounded the damage to Israel’s longtime major asset of bipartisan US support (which had been eroding for reasons independent of Israel) – and all without halting the Iran nuclear deal.

Israeli-American disagreement on Iran is not a tactical matter. It is a strategic dispute of the first order, one pertaining to what Israel sees as the greatest threat to its national security – Iran’s nuclear ambitions and plans. Both sides agree about the nature of the Iranian threat, that Iran should be prevented from achieving military nuclear capability, and that the using diplomatic tools to achieve that end is preferable to the use of military force. From there, their paths diverge.

The Biden administration acknowledges that the 2015 nuclear deal is defective, and that once it is rehabilitated, the US will seek to progress from it to a “longer and stronger” deal. According to the administration, a return to the original agreement as a binding contractual framework is the best means, with the best chances, of undoing Iran’s dangerous breaches of the nuclear deal (which were carried out in the wake of Trump’s withdrawal from the agreement and the exertion of “maximum pressure” on Iran), and of putting the Iranian nuclear program “back into the box.” From this perspective, any other alternative could potentially escalate the situation to the point of a military confrontation in which the US has no interest. Once the US and Iran return to the agreement, the Biden administration maintains, the US will have sufficient means of pressuring Iran into a better deal, while also addressing Iran’s missile and rocket program, as well as its destabilizing regional activity. In any case, there will be sufficient time and means to handle, from within the agreement, the Iranian program’s long-term risks, if and when they emerge.

By contrast, Israel (having, as we know, encouraged the Trump administration to withdraw from the deal) argues against returning to an agreement that is fundamentally flawed – that does not, by any means, block all paths toward nuclear weapons. Moreover, once Iran returns to the original agreement after most of the punitive sanctions have been lifted, it will dig in its heels, refuse to proceed toward an improved agreement, and make it hard for the US to move it in that direction. Will the Biden administration then return to exerting “maximum pressure” in the fashion of Trump, whom it had criticized so harshly? If Iran remains in the original deal, within a decade most of the restrictions on its nuclear program will be removed as per the agreement’s “sunset clauses,” and Iran will then be able to become a legitimate nuclear threshold state. From Israel’s point of view, such a scenario is intolerable, as Iran’s arrival at the nuclear threshold may usher in a regional nuclear arms race and inject yet more instability into the region. Furthermore, Israel does not believe that, at the moment of truth, there would be enough time or international political will to block Iran from quickly crossing the threshold to military nuclear capability.

Israel also maintains that one cannot really go back to the 2015 deal baseline, as Iran has since moved the line by amassing knowhow on the manufacture of advanced uranium enrichment centrifuges, and advanced missiles. Moreover, the Iranian nuclear archive seized by Israel in 2018 points to undeclared Iranian sites and activities that are suspected of bearing a military nuclear character, underscoring the need to link a renewed agreement with Iran to resolving open questions regarding the military dimensions of Iran’s nuclear program.

At a deeper level, the Israeli-American discord represents differing views about the gravity of the threat the two countries face, and the degree to which addressing that threat should be prioritized. Israel sees Iran as a close and direct threat of the highest strategic order, and itself as having narrow security margins in the face of that threat. The US, in contrast, is a distant global power with wide security margins and different priorities, a growing weariness of wars in our region, and a predilection – in the present administration, as opposed to its predecessor – toward multilateralism. As a result, Israel is far more exacting regarding the goals of diplomacy vis-à-vis Iran, and the measures to be employed against it. Israel holds that negotiation with Iran will not succeed if Iran is not deterred by the waving of actual disincentives rather than just incentives and is itself prepared to take far-reaching measures against the Iranian threat, including a military option as a last resort. Indeed, Israel’s imaginary red line for exercising this latter option has always been drawn with a firmer hand than that of the US. Israel perceives the US as relatively tolerant of a scenario in which Iran becomes a nuclear threshold state, and as lacking the political will to confront or raise the risk bar regarding Iran, also considering that its partners in the agreement are uninterested in doing so.

In Israel itself there is a broad, cross-party consensus on the Iranian threat and the flaws in the Iran nuclear deal. The disagreement that exists, like that which arose regarding Trump’s decision to withdraw from the deal, is essentially this: Is it right to go along with a defective and problematic agreement that legitimizes a nuclear program with clear military lineage and potential – an agreement that could erode deterrence vis-à-vis Iran, undermine regional stability, and increase the risk of military confrontation with it? Or is it better to get the most out of the nuclear deal’s “good years” while preparing for the “bad years”? And if all hope is lost and Israel has to resort to the military option against Iran, would it not be better to arrive at the “day after” (when it would need US support) from a position of having given the American diplomatic effort a chance, with the onus on Iran – and not from a position of having undermined that effort?

Against its will, American Jewry has been caught up in this vortex. Surveys conducted in 2015 showed that a clear majority of US Jews (who generally vote for the Democratic Party at a rate of around 70%) supported Obama’s nuclear deal over Israel’s position, and that most Jewish Democrats who felt obliged to choose between Obama and Netanyahu on this matter chose the former. As noted, the American Jewish leadership was much more ambivalent. As different as today’s situation is from that of 2015, we can definitely see a number of scenarios – whether or not the parties return to the nuclear deal, and Iran continues edging toward military nuclear “breakout” – in which the Israeli-American dispute re-intensifies and American Jewry is faced with a stark choice. Contrary to Danon’s expectations, it is likely that most of American Jewry, which voted for Biden and was well aware of his election promise to return to the nuclear deal, would again support the administration, rather than Israel.

Israel’s arguments against the nuclear deal, and against American intentions of returning to the agreement as is, are serious and well-founded. However, the country’s decision-makers must fully weigh the long-term impact of sharp public friction with the US on the resilience of the Jerusalem-Washington-American Jewry triangle, and on US bipartisan support for Israel – both are significant components of Israel’s national security. This is especially the case given that the current American president is a Democrat known for his basic, deep, and longtime concern for Israel’s security. Israel may ultimately have no choice but to shoulder the burden of halting Iran’s nuclear program and taking military action. In the meantime – and we are not yet close to that moment – Israel should take care not to draw an analogy between the US failure to bomb Auschwitz and the nuclear deal currently under preparation (a comparison that Netanyahu made in his most recent speech), and not to thrust the Danon choice in American Jewry’s face. Israel should focus on a quiet dialogue with the Biden administration, in which it will clarify its expectations and its positions on the diplomatic effort vis-à-vis Iran, while reserving the right to take action against the Iranian nuclear program should diplomacy prove fruitless and should Israel’s red lines be crossed.