Last year (2019), 33,096 new olim arrived in Israel, a figure greater than the one for 2018 (28,099) (Graph 3). The majority of olim came to Israel from Europe (especially form Russia, Ukraine, and France); smaller but still substantial numbers came from the US and the UK. It should be noted that, overall, olim came from over 80 countries representing every continent on the planet. Fewer than half of those who immigrated to Israel in 2019 were Jews (the rest were non-Jews with Law of Return eligibility).9 It should be noted that the trend toward greater Aliyah numbers reversed during the early months of 2020, presumably due to the coronavirus pandemic: over the first four months of the year (January-April), 6,384 olim arrived in Israel, compared to 9,166 during the same period in 2019.10 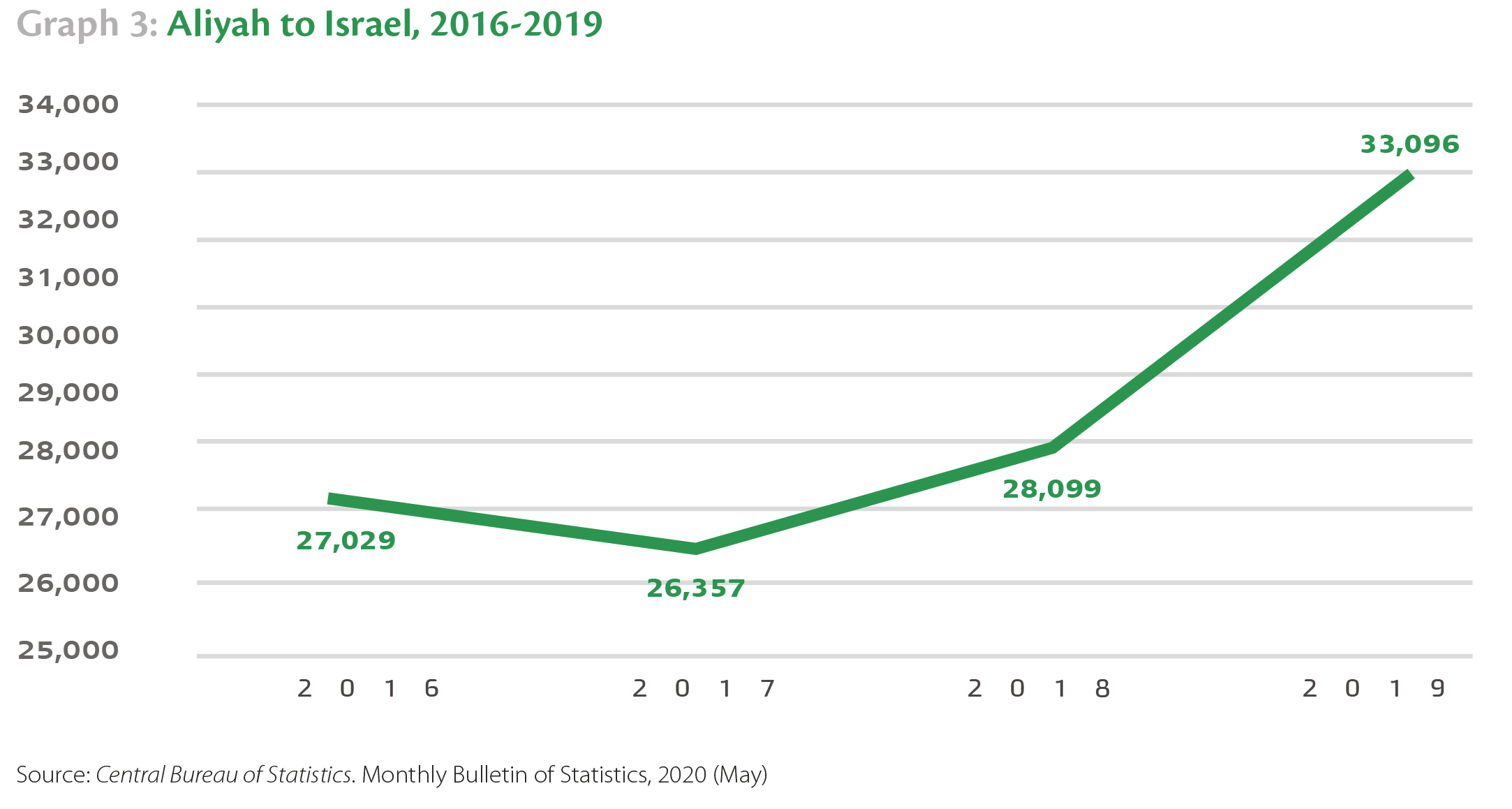