The Jewish population figures are based, for those living in Israel, on the Halachic definition of “Jew;” for residents of other countries the criterion is self-definition, so long as no non-Jewish religious identity is claimed. It should be noted that, apart from the latter group, a substantial population was identified in the US of people who have no religious affiliation but consider themselves full or partial Jews;4 in most cases these are the offspring of mixed marriages.5 We don’t know whether this is a phenomenon unique to the US, or if it exists in other Diaspora countries as well. One should also remember that, at the beginning of 2020, there were 447,000 olim (immigrants) and children of olim in Israel who were eligible for Israeli citizenship under the Law of Return but not Halachically Jewish.6 Many of these people are socially and culturally integrated into the mainstream Jewish-Israeli population (this group has grown from 357,000 in 2015 to the current number, a 25 percent increase).7 Researchers and community leaders disagree about whether partial Jews, or “Law of Return” Jews (who have no other religious affiliation), should be considered part of the Jewish population.8 If they are counted as Jews, the world Jewish population numbers 16.25 million. 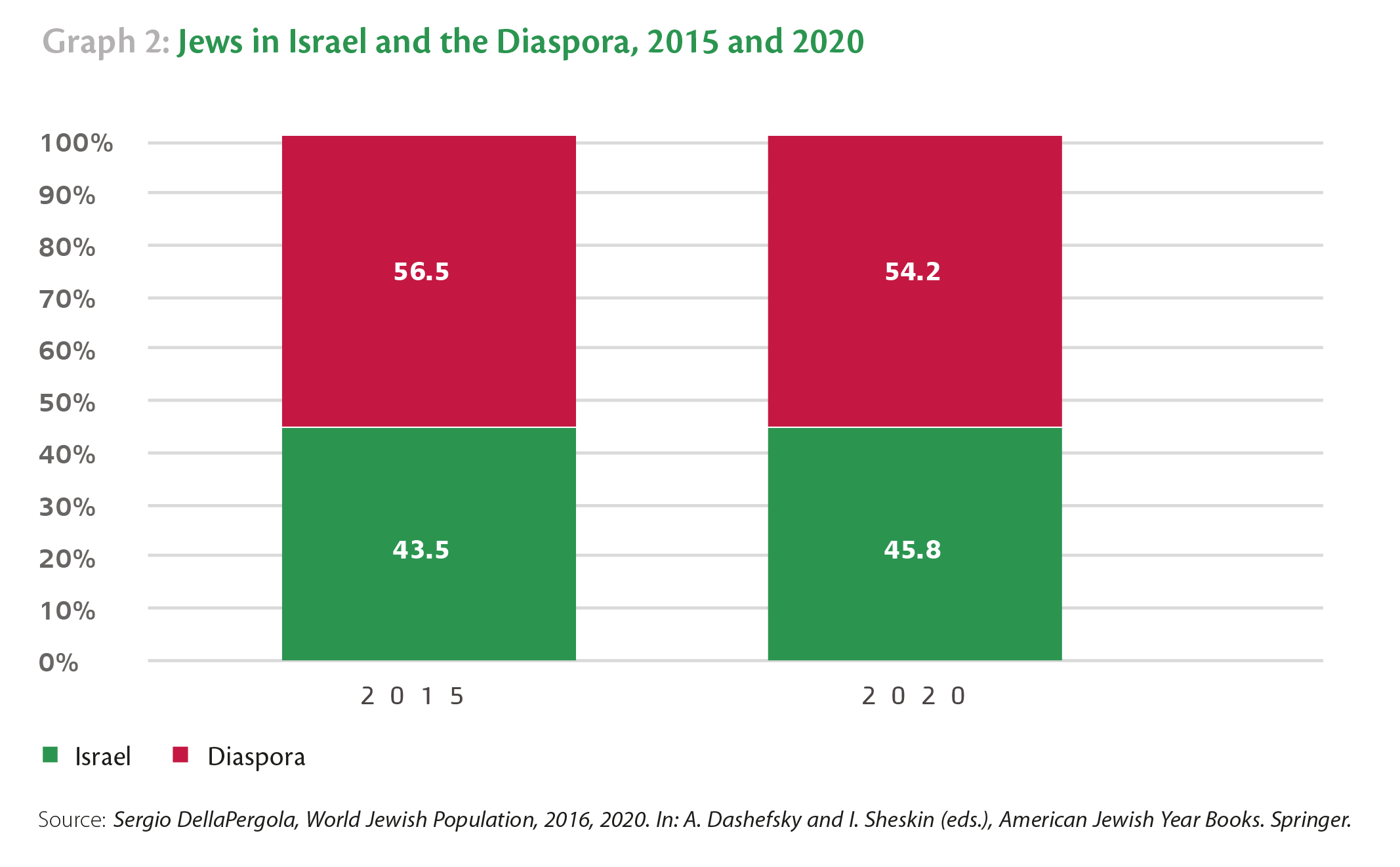