In the three election campaigns held in Israel over the past year, points of disagreement on issues of religion and state were often prominent. In the past year, at least until the start of the coronavirus crisis, which forced Israelis to seclude themselves in their homes, real change could be discerned regarding the operation of public transportation on Shabbat – change initiated and funded by municipalities across the country. This development emerged during the period when the national political discourse was preoccupied with election issues; municipalities and local councils saw an opportunity to create facts on the ground.

Where Israeli Jews are situated on the religiosity scale has a strong influence, but is not the sole determining variable, regarding their attitude toward the role and functional status of Israel’s Chief Rabbinate. This institution’s image has been tarnished for many years,3 and the JPPI survey indicates that only a small percentage of Israeli Jews (14%) feel both that the Chief Rabbinate is necessary and that it functions properly. The rest of the Jewish population feels that its functionality should be improved, or that its powers should be curtailed, or that it should be dissolved entirely. When the respondents are divided into two groups – those who want a functioning Chief Rabbinate with powers, and those who either want a curtailed Chief Rabbinate or feel that the institution is altogether unnecessary – one finds disparities based on religiosity. Most of those who fall into the religiously observant category do not think the Chief Rabbinate functions properly but would like it to. In contrast, the majority of slightly-Masorti secular Jews feel that the Chief Rabbinate’s powers should be severely curtailed (not just that its functionality should be improved, 54%), while half of “totally secular” Jews (48%) think that the institution should be eliminated.4 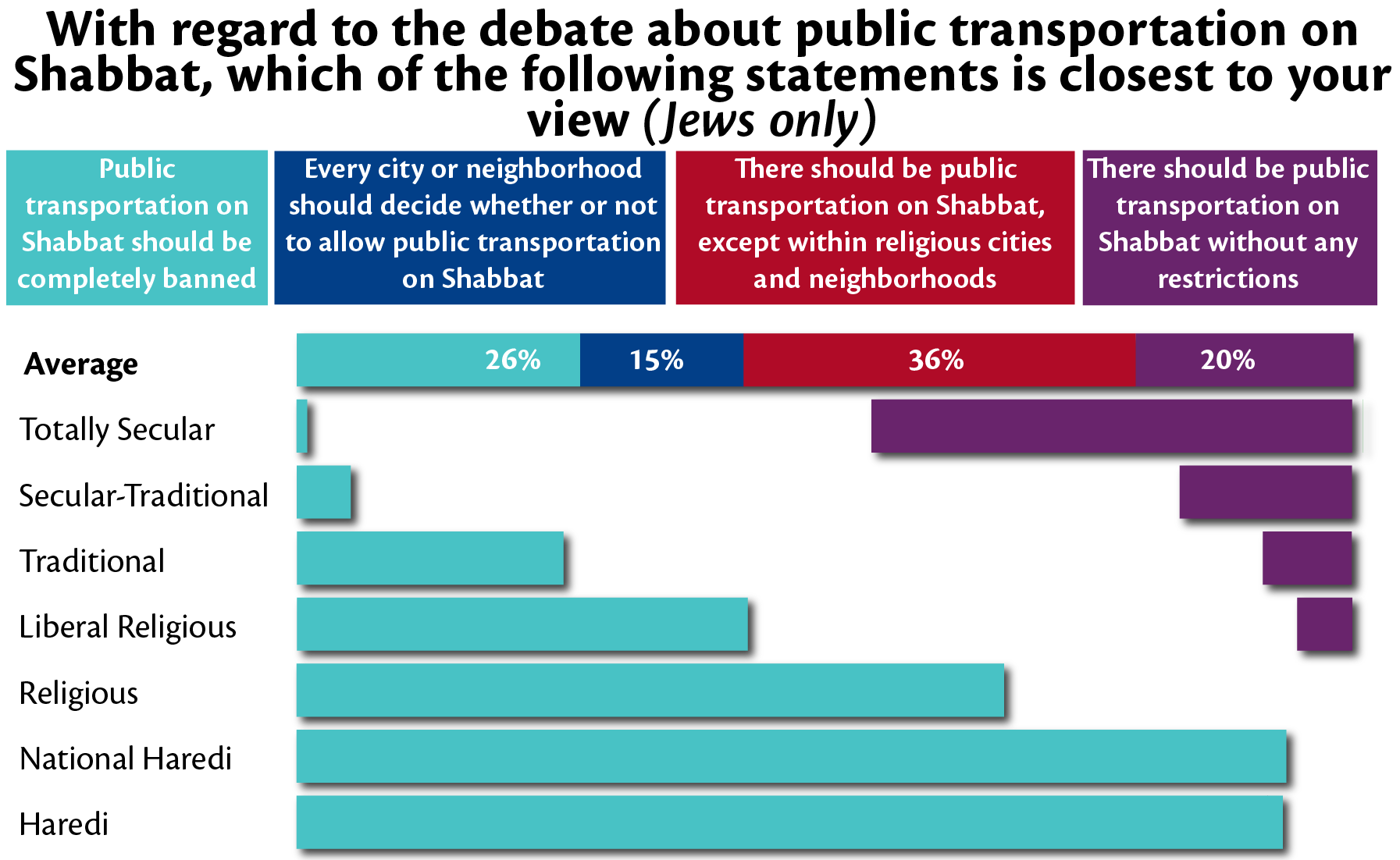