The pandemic crisis is also likely to affect relations between Jews and non-Jews in various ways. Several key factors will drive these influences. First, social and economic crises carry a radicalization danger. Experience teaches that societies in a state of tension and polarization are often unfriendly to Jews. Second, because of the crisis, we are likely to see the radicalization of specific population groups that are not fans of the Jews and who are liable to exploit the pandemic to build their following. Third, governments in countries hit by the crisis may have difficulty directing political and economic resources to the protection of Jews. Fourth, perceptions of Jews as a group are likely to be influenced by the actions of individuals and groups during the pandemic, whether negatively (the Jews do not take care to keep to the rules and harm the general population) but certainly also positively. During this period, the Jewish people can highlight its commitment to and participation in the common war of all of humanity to defeat the virus through financial donations, volunteering, technological and medical innovation, etc. Fifth, Israel’s actions in dealing with the crisis affect how Jews are perceived worldwide. This applies to both its internal response and its external aid (as discussed, through development of inventions, technology, assistance to communities in need, etc.)

The following are several of the issues that the Jewish people’s decision makers must deal with in this regard:

The growing scale of anti-Semitic incidents was apparent years before the coronavirus crisis broke and had already begun to erode the sense that had prevailed among certain Jewish groups that this phenomenon was a thing of the past. Historical experience over many years teaches that social, political, and economic crises – including those spurred by epidemics – serve as fertile ground for the spread of Jew hate. Accordingly, if the crisis continues, and the worse its social and economic outcomes are, Jewish communities must prepare for a period of significantly elevated levels of anti-Semitism. This preparation should include a range of instruments: proactive defense measures, coalition building with supportive groups, joint endeavors with various law-enforcement agencies, lobbying activity by organizations and individuals who are close to those in power, strengthening the sense of community partnership, contingency plans for responding to and dealing with emergencies, trauma, etc.

Israel’s role in relation to this phenomenon has three critical strategic elements. First, it should improve its absorption capacity as a refuge for Jews in the event they are forced, or desire, to leave the countries in which they live. Second, it should optimize cooperation with Diaspora Jewish communities and the organizations that represent their interests. Israel must bear in mind that Diaspora Jews have a better understanding of their environments and the means at their disposal; for this reason it is best that it work in coordination with these Jews as much as possible (including, in significant cases, considering accepting a degree of damage to Israel’s direct interests to advance the war against anti-Semitism). Third, it should engage in covert and overt activity to protect Jewish communities by utilizing various agencies available to the state in areas such as intelligence, investigations, security, etc. Israel must also prepare for an extended period of such activity and ensure that its agencies and institutional structures are at the ready organizationally to undertake it effectively and on an ongoing basis. 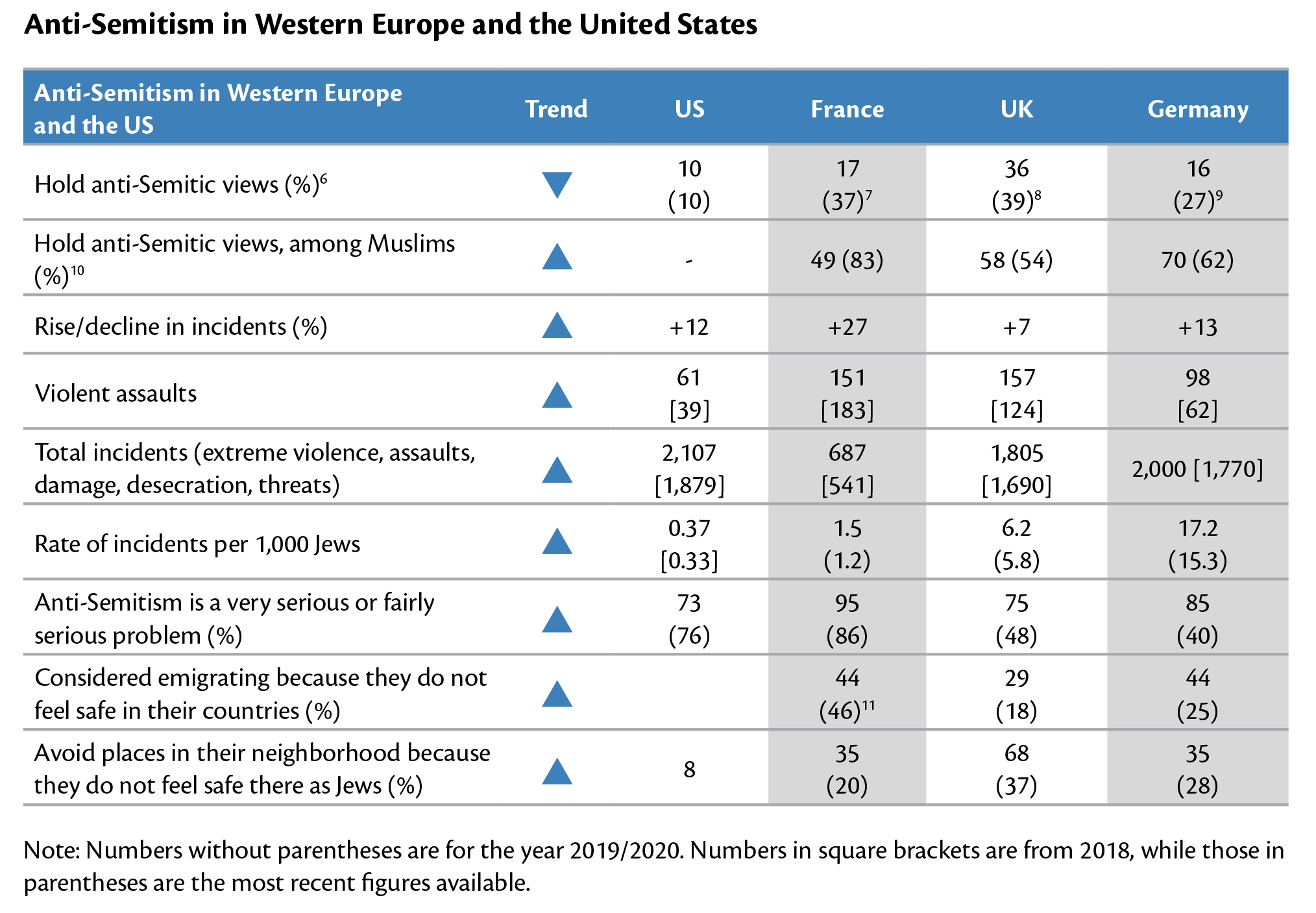 The Diaspora Jewish communities, and Israel too (perhaps, advisedly, also within a cooperative framework) must find ways to highlight the stabilizing aid Jews provide to groups and individuals shaken by crisis. Jews, of course, engage in supportive action all the time, through donations and volunteering, but in this time of crisis it is important to emphasize that such action is connected to the Jewish community. Action in the community’s name is necessary first and foremost as a matter of principle – the calling to assist vulnerable groups and demonstrate solidarity with all humanity in a period of crisis. Such action would also improve the image of the Jewish community at a time of tension and will ease the process of finding coalition partners to counter anti-Jewish harassment.

Israel can and must find in the crisis opportunities to improve its ties with countries and groups to whom it is able to offer help. Of course, at a time when resources are tight and needs are pressing, the question of when it is and when it is not possible to help others should be seriously considered (“The poor of your own city come first”). It is clear, however, that sometimes reasonable aid can be given with considerable benefit over the long term. As such, decisions concerning aid to other countries or organizations during the crisis should be handled by an integrative body such as the National Security Council, and not by those whose purviews are limited to a specific arena (Treasury, Health, Strategic Affairs, etc.)