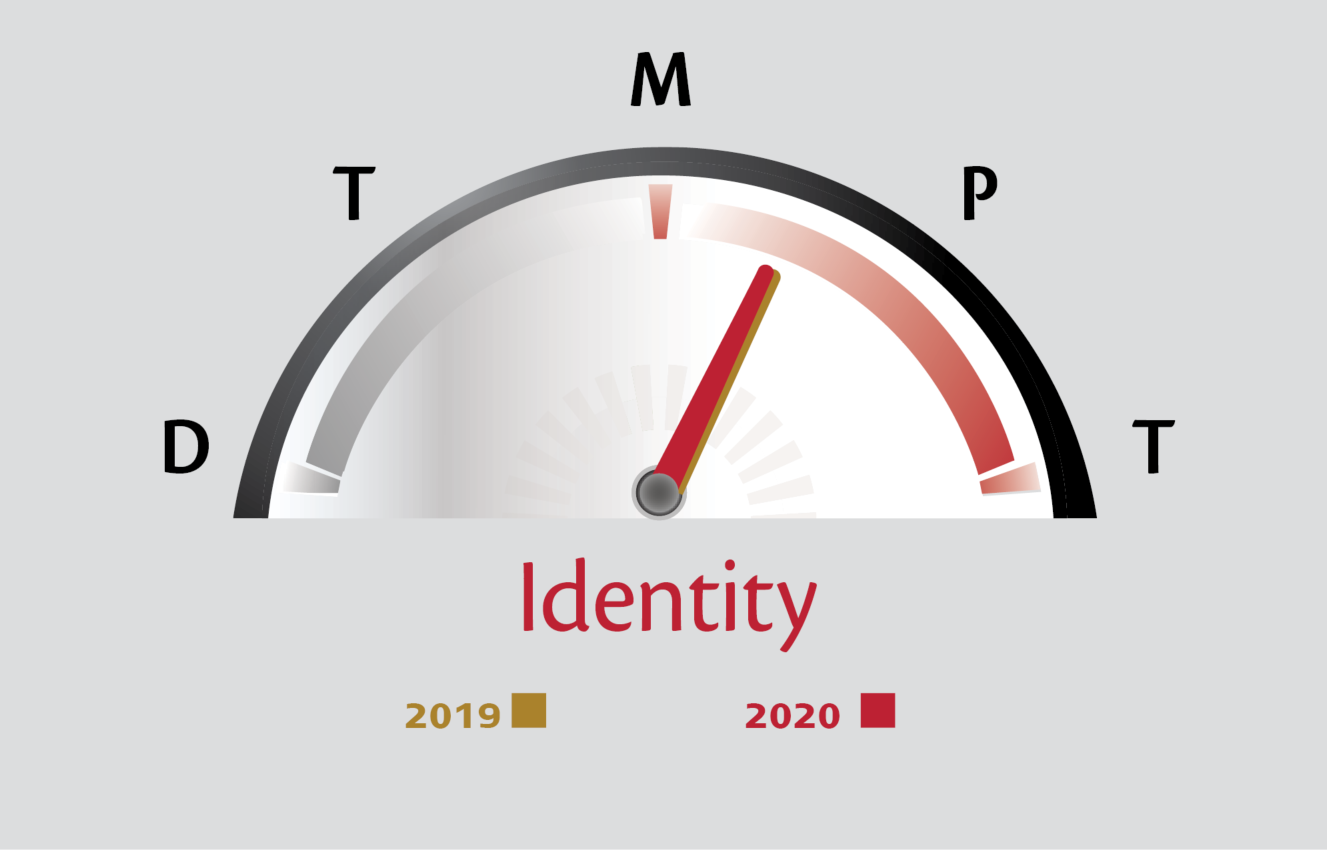 Both the response of Jewish institutions to the COVID-19 crisis and the very intensity of the ideological debates between Jewish groups with competing worldviews show the vitality of Jewish identity today.

The coronavirus pandemic that is now seriously affecting, North America, Israel, Europe, and other locations has had impacts, both positive and negative, on the expressions of Jewish identity.

On the one hand, it has made some of the central expressions of Jewish identity, like congregational prayer and life cycle events such as Bar/Bat Mitzvot practically impossible to conduct in person, given social distancing requirements. On the other hand, people who are at home or in quarantine and may be fearful or bored are exhibiting interest in online religious services, Torah classes, and webinars of Jewish interest. Jewish organizations and federations are thus starting to developing myriad programs – prayer events, lectures, classes and webinars as well as Chesed programs for the isolated, the elderly, and the vulnerable.

A number of Jewish community studies of small and mid-sized communities have been conducted in the past year and a half. It is likely that these studies, to a some extent, reflect the reality of Jewish life in small and mid-sized communities, especially in the areas that were not, in the past 100 years, big Jewish centers, such as in the West and the South. Below are some noteworthy aspects of these studies:

These community studies1 describe Jews who are “minimally engaged” and those who have a “personal” pattern of Jewish engagement, (alongside Jews who are “communal” or “congregational”). Both of these types, which in Greater Denver constitute 25 percent of the population, and in Sarasota-Manatee, 61 percent have no engagement with the community, synagogues or Jewish organizations and feel disconnected from them. The “Personal” pattern (around 13 percent in Denver) consists of engaging in individual Jewish activities and less so in ritual or organizational activities. It consists of activities such as visiting Jewish websites and following news about Israel. The personal and the minimally involved (or the Occasional Jews in some studies) are the least likely to be inmarried. In Cincinnati, for example, only 20 percent of them are inmarried.

Forty-one percent of Jews in Greater Cincinnati say that that they have no denominational affiliation, a number that is slightly lower than in Greater Denver (46 percent). In the US West in general, 42 percent have no denomination.2 Similarly, only 16 percent of Jewish households in Denver have someone who belongs to a synagogue. In Cincinnati, 28 percent of households have a dues-paying synagogue member. Here too, we see a tendency toward disaffiliation from traditional Jewish organizational structures. To a certain extent, those who say that they have no denomination attend “alternative” or “emergent” minyanim and congregations, some of whom declare themselves to be “post-denominational.”

On the home page of Lab/Shul, one of the more popular and significant “alternative” minyanim, we find the following: “Lab/Shul welcomes people of all races, religions, beliefs, gender expressions, sexual orientations, countries of origin, ages, abilities, families, and flavors with open hearts.” Similarly, in Cincinnati, 11 percent of the spouses/partners of Jews in intermarried households say that they are Jewish, even though they don’t have Jewish parents, were not raised as Jews, and have not converted. As one might expect, in a society where over half of married Jews are married to non-Jews and many Jews have non-Jewish friends, the boundaries between Jews and non-Jews is porous and blurred.

Despite the emergence of a “personal” pattern of Jewish engagement, many US Jews still see their Jewish identity as tied to social and political orientations. In fact, alongside the personal pattern of engagement we also find a “communal” pattern among Jews who are strong supporters of Jewish charities and engage in volunteering (29 percent in Denver, 10 percent in Cincinnati).

The political aspect of Jewish identity in America received much salience this past year in the race for the Democratic nomination. Two major contenders for the nomination, Michael Bloomberg and Bernie Sanders, are identified Jews. Bloomberg touted policies supportive of Israel (in line with the mainstream of Jewish life), while Sanders tended to emphasize his criticism of the country’s policies. When asked about what being Jewish meant to him, Sanders referred to the Holocaust. To him, this aspect of the Jewish experience teaches that we must always fight against racism, hatred, and discrimination of all groups.

In Israel, Jewish identity has been especially linked to politics this past year. The most salient development occurred in the campaign before the September 2019 elections. In that campaign, Avigdor Lieberman, the head of the Israel Beitenu Party, called for a secular national unity government without the religious parties. In the wake of this call, his party platform along with that of Blue and White advocated legislation allowing for a more “liberal” or secular public sphere, such as allowing certain forms of public transportation on Shabbat. They also advocated imposing civic norms in a more uniform way, including legislation designed to increase Haredi IDF enlistment and mandating a core curriculum (including English and mathematics) for Haredi schools.

Partially in response to this initiative, the right wing-religious bloc led by Prime Minister Netanyahu solidified and seemed to achieve a significant measure of ideological coherence. The religious parties, including the Haredim, supported the right wing nationalist agenda and Likud supported the idea of a traditionally Jewish public sphere. In so doing, the right wing bloc was able to act politically as one unified body.

Many European Jews are responding to increased aggressive anti-Semitism in one of two ways: 1) By concealing or playing down their Jewish identity. According to a 2019 FRA report, 71 percent hide, at least occasionally, their Jewishness; 2) Retreating inward and increasing Jewish observance and affiliation. The latter is hard to measure statistically but it is reflected in the increase of a flourishing of institutions and businesses that service the Orthodox Jewish community – synagogues, yeshivas and kosher restaurants (there are 300 Kosher restaurants in the Paris area.) In certain Latin American countries, such as Argentina and Brazil, we see a barbell phenomenon: relatively high intermarriage rates (25-40 percent) together with increased Haredization (carried out by Chabad, Aish HaTorah, and Shas).3
Despite data attesting to a weakness of expression of Jewish identity in some Diaspora populations, we are leaving the Identity and Identification gauge unchanged.