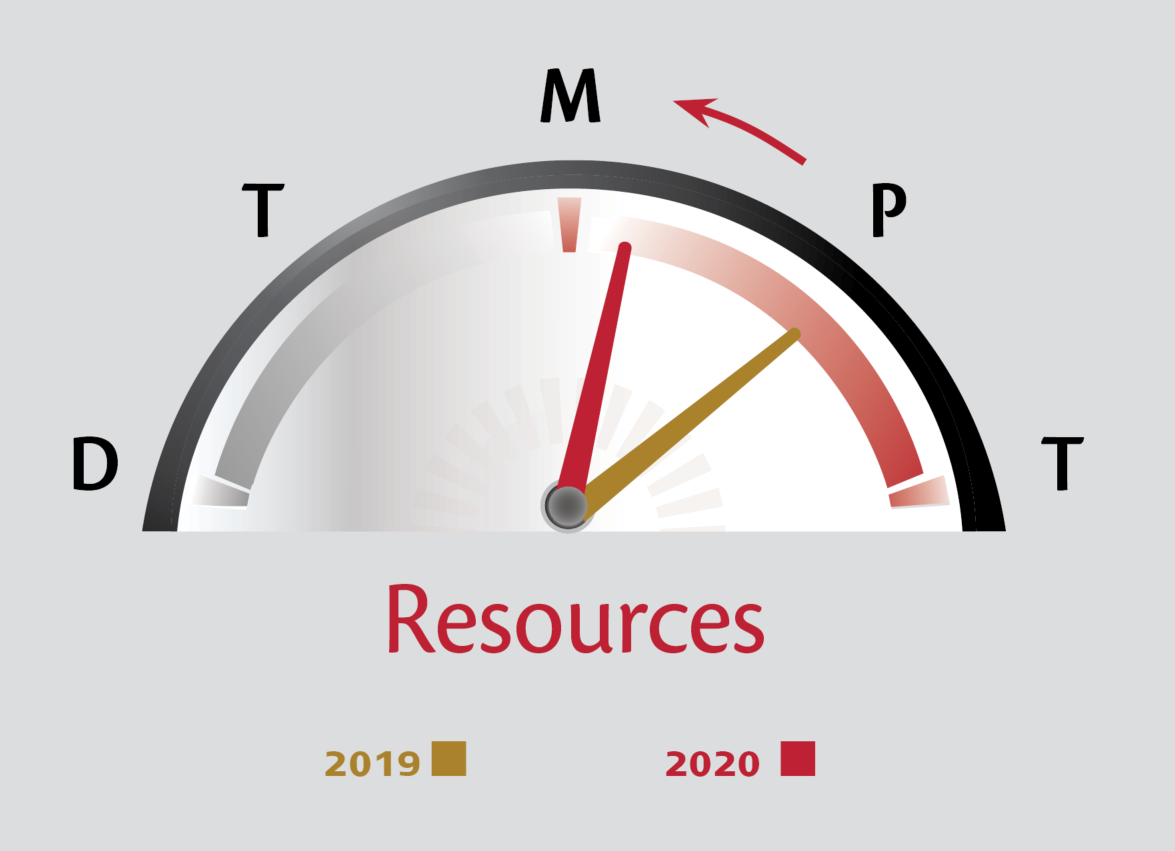 The most salient event affecting the economy and material well-being of the Jewish people going forward will be the COVID-19 pandemic.

The extensive shutdowns affecting the world’s leading economies, beginning in March 2020, gave rise almost immediately to proposals for riding out the crisis. These are now morphing into strategies for recovery. This suggests the first important point. Unlike the short, sharp shock delivered by non-biological natural disasters, the recovery from the ravages of COVID-19 will not be a return to a “normal” implicitly assumed even in the use of the term, “recovery.” After a hurricane or flood there is reasonable assurance of a shared understanding of what the goals for recovery should be. But, a near-global lockdown means the economic landscape will have been transformed with no one knowing what the future “normal” will be.

The world, and the Jewish people, thus face a “wicked” problem. It would be hard enough to choose among alternative strategies for restoration while confronting an event of a magnitude still difficult to comprehend; but we must also do so while aiming at a moving target. There is, therefore, also a normative question: even if we could, do we wish to restore the economic foundations of our societies exactly as they were in December 2019? The question is not an idle one. Economic freeze has brought out more clearly forces long in motion that prior JPPI annual assessments had addressed: growing inequalities in both income and wealth in the US and Israel, unequal access to opportunity, changing roles of philanthropy in supporting civil society in Israel and key institutions of Jewish identity formation in the US, among others. Whether explicit or not, active or passive, actions taken during restoration from this disaster will have a normative component (“what ought the new normal be?”) usually missing from discussion of consequences, policies and norms that follow other disasters.

There is a contrast between the economic crisis set off by COVID-19 and that of the Great Recession a dozen years past that may affect trajectories. Then, the crisis began in the financial sector leading for several years to a great loss of confidence not only in the system for financial transactions but even within the major private institutions of finance themselves. The harm to the “real” economy was collateral damage for all its severity and attendant loss. This time, it is the real economy that has been deliberately halted in an effort to combat a greater evil. The mechanism of finance is, as of this writing, intact and therefore liquidity preserved.

In times of change, it is helpful to have access to capital, vision, or, preferably, both. It is likely that Jewish households will be better placed than the average to gain benefits through their being in a position to acquire new holdings and business assets or to just weather the storm. This stems largely from the socioeconomic positioning of most Jewish communities within their societies. They tend to possess greater wealth than average and also are represented to a larger degree in professions that will have suffered less from curtailing retail commerce. Nevertheless, the prominence of Jews among those who are able to participate profitably in post-contagion recovery may raise issues of a political or social nature beyond the realm of economics. If this is a serious concern, it may suggest a seemingly contradictory and indirect Jewish people value in having Jewish contributions being seen as prominent in non-Jewish philanthropic endeavors related to recovery. The looming deep crisis among US state and local governments required (by either law or practicalities) to balance their annual budgets may provide many opportunities for doing so – to the possible detriment of giving to traditional Jewish institutions.

Paradoxically, it is in Israel where ethnic and religious identifiers may come to play a direct role within this larger framing. Socioeconomic stratification is closely connected with divisions that in some cases have strengthened over the years – Jewish vs. Arab; Haredi vs. mainstream – and in some cases weakened (Ashkenazi vs. Mizrahi) but could become exacerbated. If transfers of wealth and changes in asset ownership result as an indirect consequence of recovery from the pandemic, these differences are likely to be brought under the spotlight even more. The result will not be to enhance the fervor of anti-Semitism that might be the case in the Diaspora but rather to accentuate fissures of long-standing within Israel.

In the Diaspora, Jewish people institutions receive funding from the state in Europe but also depend on philanthropy. In the US, the reliance on community giving is near-total. There are major donors supporting Jewish organizations but many of the most important for Jewish identity formation (synagogues, summer camps, day schools and after-school programming) largely depend upon small giving. Large-scale philanthropies’ endowments may be affected by a prolonged general downturn, but, again, may not be subject to the same paralysis that gripped them when the very financial system itself seemed insecure. They may even possess sufficient confidence to choose over 1-2 years to exceed the minimum drawdown of their endowments required by law to meet perceived community shortfalls. The small-scale giving upon which so much of Jewish life in America depends may be another matter. The ability to sustain prior levels of donation may be affected by the financial harm that some traditional donors in the community have suffered. On the other hand, feelings of community solidarity are often enhanced during crisis. It may well be that those who suffered little or are even net beneficiaries from the economic transition will make up a portion of any shortfall.

Here as well there is a longstanding frailty that the crisis may harden into a fault line. For the millennial generation in their 20s and early 30s, the COVID-19 crisis will be the second major blow affecting their aspirations and future earnings. The Great Recession meant that for many young adults, reduced opportunity at the onset would mean that lifetime earnings would be lowered. Depending on outcomes, the current crisis may further limit wealth gathering among those who, compared to the older generation, are already as a group less affiliated with or connected to Jewish institutions and Israel. This could have long-lasting implications for the financial well-being of Jewish community institutions.

During the first weeks of the pandemic, more than a few observers predicted that the crisis will be a turning point for globalization and its role in the future. This raises a potentially threatening prospect for Israel, as few countries have benefited as much from the phenomena associated with globalization. A new turn toward autarky and self-reliance would be a considerable blow to the world’s largest Jewish community.

Two factors may mitigate any effect on Israel. The first is that Israel can take active measures. If there is to be a rearrangement of trade patterns, the country is not without recourse. Partially as a result of its lack of immediate trading partners on its borders, Israel’s exports tend to be more of the high-end rather than bulk-commodity variety. It can work actively to place itself within some of the new supply chains that form around goods and services it already produces. Countries may seek greater self-reliance, but as a practical matter many countries will need to look toward regional trade to create supply chain assurance and redundancies.

The second is that the movement toward self-reliance may be self-mitigating in itself. The chances of a large-scale revision in patterns of manufacturing and trade appear less likely than they may at first appear. When it comes to Israel, many of its highest value exports are in services and other relatively insulated product markets.

The global knowledge market, of which Israel has become an important supply node for scientific findings, innovation and high tech, is likely to be shaken but not drastically changed by recent events.

Against this backdrop, we have moved the Material Resources gauge in a negative direction.