The Secular in Israel Must Enter the Jewish Arena 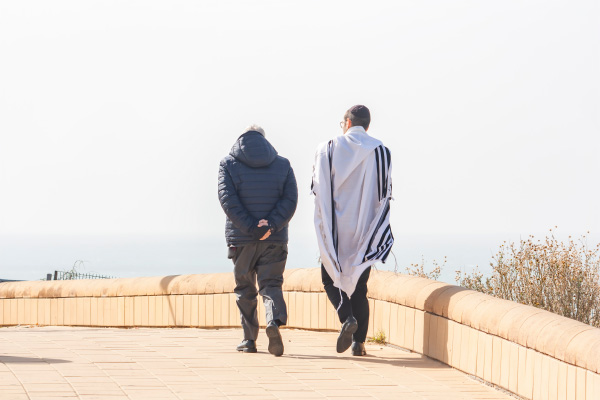 In the current equation, the religious and the Haredim are “responsible” for defining what is “Jewish” in the Jewish state, and the secular and the religious alike quarrel over the meaning of “democracy.” This is a fundamentally distorted equation.

A recurring but often missed motif of the Tishrei holidays refers to the outside world, with the Jewish aspiration – well assimilated in the prayers and ideas surrounding Rosh Hashanah, Yom Kippur, and Sukkot – not to be a “people living alone.” In the ongoing struggle for Israel’s identity, some of those who support the predominance of the state’s Jewish character choose a different Jewish identity – closed in, alienated from the world, and very conservative. This Judaism transgresses not only against the dream of the thinkers and founders of the state, but also the spirit of Judaism.

From the time of its establishment, it was clear that Israel would be a Jewish and democratic state and a national home for the Jewish people. The Basic Laws enacted in 1992 enshrined these identities in a constitutional formula – a “Jewish and democratic state.” And yet, the conflict of values over the character of the State of Israel is as old as its existence. The public-legal-political debate revolves around the relationship between the “Jewish” and “democratic” components, but no less, around each of them on its own.

In Israel in 2021, the question of what is “democracy” is a matter of deep debate, but even deeper is the debate over the question of what is “Jewish.” If in the state’s first decades this debate dealt with the public expressions of Judaism and the way the religious establishment operates, in the last two decades it has been an all-out dispute in which the most conservative among advocates of the Jewish component seek to paint Israel in bright religious colors that leave no room for other values.

According to the views of a long line of Haredi rabbis, national Haredim, conservative religious, and the politicians who “represent” their positions, Judaism, in the ideal situation, should dictate all conduct of the state. In its moderate form, this view rejects the liberal values ​​inherent in democracy and is willing to come to terms only with its most basic formulation – the rule of the majority. In its more extreme form, not even that.

The denial of liberal values ​​and the rejection of any “progressive” thought, heaven help us, is deeply rooted in these circles. It concerns not only the public and state implications of these values, but the very willingness to adopt modern thinking and accept, as Jews, values ​​that are not of Jewish-religious origin. The leaders of this group see a Jewish-nationalist state, in which minorities have only basic equal rights, and the Palestinian residents of Judea and Samaria have even fewer rights.

What deters this worldview, beyond the bad place to which it can drag and diminish Israel, is the enormous distance between it and Judaism, as it has taken shape over the years and as it is in fact manifested in the most central Jewish holidays. One of the other threads intertwined in the prayers and ideas surrounding the Tishrei holidays is the responsibility that the Jewish people have toward the whole world before the Creator. Or in other words: the universal responsibility of Judaism. The vision presented to the worshipers reading the festival prayer book or study what the Talmud says about the commandments of Sukkot is of a Jewish state open to all peoples, which is a source of inspiration and a beacon of values, not a fortress, not secluded, and not entrenched in a religious-national-particularist identity.

For some secular readers, this intra-religious discussion may seem marginal. But in truth it is one of the most important discussions for shaping the future of Israel, and there is no Israeli Jew who looks to the future and is free of the responsibility to take part in it. How? In the equation that exists in today’s public discourse, the religious and the Haredim are “responsible” for defining what is “Jewish” in the Jewish state, and the secular and the religious alike quarrel over the meaning of “democracy.” This equation is fundamentally distorted. Leaving the Jewish arena to the religious and the Haredim is tantamount to most secular and some traditionalists abandoning their origins and interpretations and allows the extremist and conservative elements in the religious group to influence the Jewish character of the state and skew its identity to the anti-democratic extremes.

A significant, values-based and substantial joining of the secular public in this arena, out of a willingness to claim equal ownership and affinity for the treasures of Judaism, would balance the picture and help moderate religious forces, and the state in general, to shape a Judaism that has the ability to live alongside and complement democratic and liberal values, a state the prophets and its visionaries saw before their eyes – a lighthouse, not a tower of darkness.